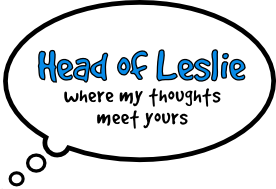 Sports are one of those amazing institutions of man that can divide like no other.  People not only disagree over what team to support, but they even disagree over the value of certain sports (for example, try telling a die-hard NASCAR fan that it isn’t a sport!).  I was thinking recently about some of the sports I personally enjoy, and was wondering about the real value they have in terms of the greatest sporting events around.  So I decided I would try to set bias aside to some extent and come up with a list of the top 5 greatest sporting events in the world.  I based my analysis on a few simple criteria:

So without further ado – I bring you…

This is probably the one sporting event with which I am most biased.  It was tempting to put it at number 1.  But in terms of worldwide sporting events, I’m not sure I could do that in honest fashion.  However, I do think it legitimately makes it into the top 5 greatest.  In terms of athletic difficulty, one might begin to think only on an individual basis.  But Baseball isn’t an individual sport (even if Alex Rodriguez thinks differently) – it’s a team sport.  And as a team, it involves so much precision, strength, stamina, and preparation that it would be difficult for me to really leave it out of the top 5.  Every aspect of the team is crucial, and unless you are at your top performance, a team will not even make it there, let alone win it.  And of course in terms of fame, it is certainly well known throughout the world.  Many places outside of the U.S. enjoy Major League Baseball.  Among them being the country I currently live in – Japan.  So while it pains me to put it in 5th place, I think the MLB World Series earns a deserved spot in the top 5.

Large quantities of all the physical activity most people hate jammed into one event. Now that's hardcore.

Triathlons happen all over the place.  But not many of them were begun by Navy Commanders with the sole intent of bragging rights.  The Ironman Triathlon is insane: you swim 2.4 miles, bike 112 miles, and finally run a full out marathon of 26.2 miles.  All in one day.  The first guy to finish it did so in 11 hours, 46 minutes, and 58 seconds.  He beat a Navy Seal to do so.  Um, yeah, everything about that is just plain crazy.  So when we’re talking about athleticism, it would be hard to find something that beats the Ironman Triathlon, particularly when we’re talking about individual athleticism.  And of course the preparation for such an event would have to be absurd.  You don’t just mosey up to the start line of this thing and hope for the best (unless you’re an idiot).  What knocks it down to 4th place for me is the fame factor, as well as the aforementioned individual factor, and finally the fact that it is a relatively young event.

The face of pain and determination on Andy Schleck

At over 100 years old, this is no doubt one of the most historic sporting events in the world. How many events can boast (if one can use that word here) that they were interrupted by both World War I and II?  It is also one of the longest in many ways – it takes place over the course of the entire month of July, and covers a distance of over 2,200 miles (3600km for my international readers).  It takes the riders through beautiful places like the rolling fields of Champagne and the gigantic mountains of the Pyrenees, and of course the finale on the Champs-Élysées.  If you are wondering about athleticism, just take a cue from the same Navy Commander who started the Ironman Triathlon.  He used Eddy Merckx (a famous cyclist at the time, and 5 time winner of the Tour) as an example to say that cyclists might be the most fit people of all athletes, due to his massive lung capacity at the time.  From ridiculous sprints which even on a flat road can reach upwards of 45 mph, to grueling climbs of over 10% (this is about a 36% angle!), it is no wonder that this kind of fitness would be needed.  And of course, to achieve that fitness, one needs a ton of training and preparation.  Add in the fame of this race, especially in the last decade or so with Lance Armstrong’s career, and you get something that clearly deserves to be in the top 5.

Whatever he just did, you can bet it was amazing.

Perhaps no other sport draws out as much emotion as the World Cup.  What other sports cause crowds to actually kill players for failure in-game?  What other sports leave grown men weeping like babies? What other sport causes Twitter to actually get overloaded as a country overtakes it with celebration?  It seems hard to compare any sport to the World Cup in terms of pure sports fanaticism.  It makes sense – these people are not just representing a team or themselves – they are representing their nation and their people, before most of the nations of the world.  And of course, these guys have to be in really good shape.  As good of shape as the guys in the Ironman Triathlon or the Tour de France?  Maybe not (though probably close).  But in terms of their ability to manipulate a ball and work together to make goals, they definitely need a skill set that is unique and extremely difficult to attain.  Making a goal in these games is worthy of insane celebration – one goal may indeed be the only goal made the entire game!  That’s not because everyone stinks, but just the opposite – everyone is amazingly talented.  Just watch one of these guys bend a soccer ball into the corner of a goal post from 30 feet away, and then the ensuing celebration (or day of mourning), and I think you’ll agree this deserves its place in my list at number 2. Who doesn’t love watching the Olympics?  It’s got something for everyone.  Between the Summer and Winter versions, you can watch gymnastics, swimming, diving, sprinting, cycling, baseball, skiing, skating, and so much more.  And of course, nothing beats the Olympics when we’re talking about longevity.  Officially beginning in Ancient Greece, this event finds its roots further back than perhaps any other event held today.  And even in recent times, the Olympic Committee was formed in the 1800s (if you call that recent)!  Moving to preparation, clearly it takes a lot of dedication from every side.  The hosting city really needs at least a decade to prepare properly.  Athletes need every day of the 4 years between each event to prepare to compete and win even a podium spot.  Between all the different sports, it would be hard to argue that anything takes more athleticism.  And what could be more famous than an event that hosts nearly every country in the world?  No matter what factor you are considering, it seems obvious that the Olympic Games make up the number one sporting event in the world. You might say it wins the gold medal.

So those are my top 5 choices, and my reasons behind them.  What do you think?  Agree with my analysis?  Disagree?  I’d love to hear what you think are the top 5 greatest sporting events in the world.  Just don’t say anything involving NASCAR.  😉